Paul is RCB’s most recent Professional Indemnity and Financial Risks Partner in our London office. He has been a partner at reputable insurance firms in London for the last 18 years. Paul has many years’ experience of dealing with claims brought against a range of professionals, particularly those who work in the financial services industry, including IFAs financial institutions, accountants, law firms, brokers and construction professionals. As well as advising various insurers, and reinsurers, in liability and coverage disputes, he acts for corporate and financial institution clients. Paul also advises in matters involving frauds and claims notified under commercial crime and fidelity policies, as well as D&O coverage disputes.

Much of Paul’s work in recent years has had an international element and he has experience of claims proceeding to the highest level in France, Italy, Spain, Jersey, Gibraltar and Turkey.

Paul has had cases reported in the Court of Appeal and House of Lords, the latter involved partners of the accountancy firm, Smith & Williamson, and is the leading authority on economic torts in English law. He has also had successful outcomes in cases in overseas jurisdictions, in particular in the French courts.

Paul is recognised in the legal directories, described in the Legal 500 as having “excellent knowledge and business understanding” and “first rate expertise” in acting for clients in the financial services sector.

Paul has had articles on D&O cover and Insolvency claims published in Corporate Rescue and Insolvency and has spoken, internally and externally, on a range of topics in the professional indemnity and policy coverage field. He has also presented seminars to international audiences, at an SCG conference in Zurich, with Swiss Re, on issues concerning insurers’ international panels. 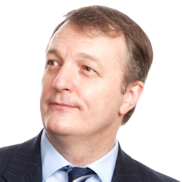 About Us
History of the Firm
People
Careers